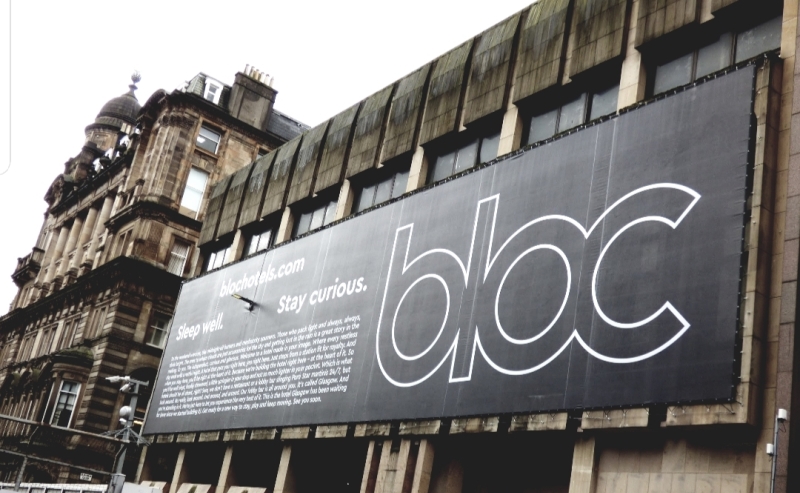 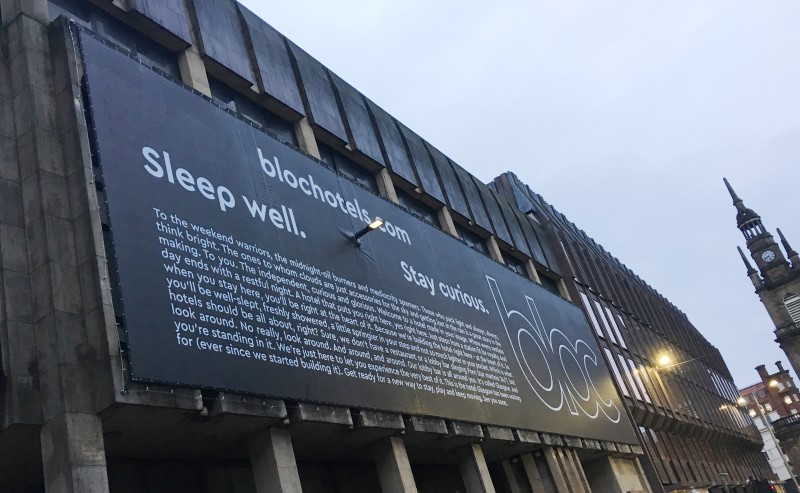 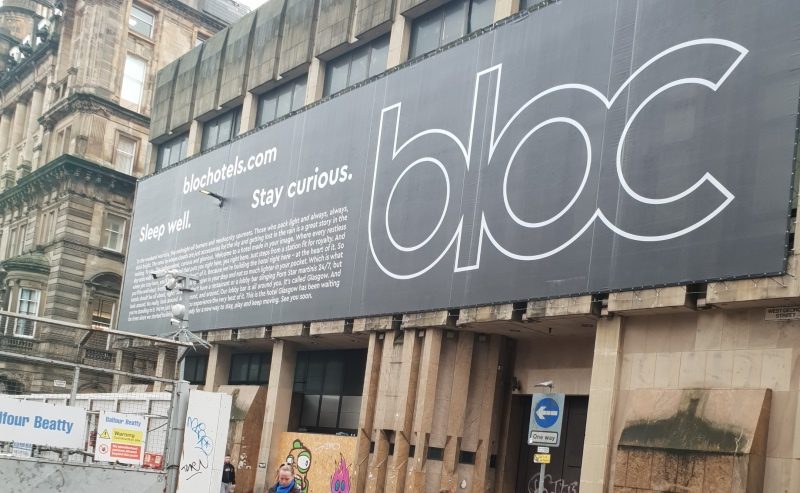 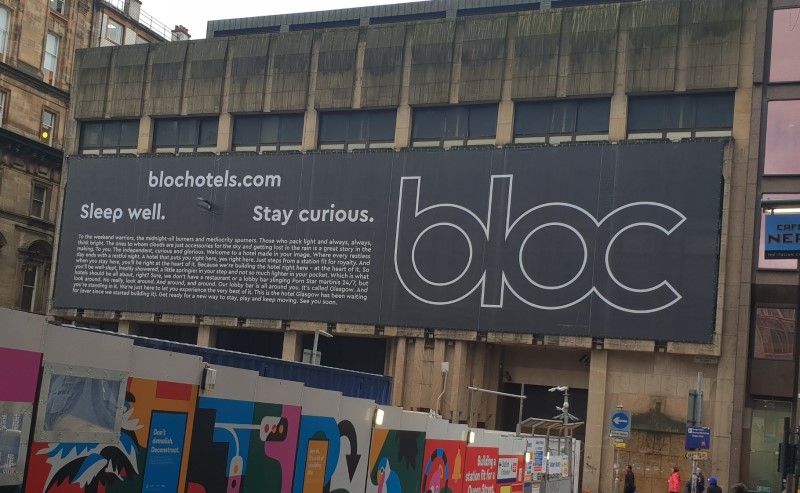 THE BRIEF When it opens in 2021 Bloc Glasgow will be located in an important Glasgow city centre location opposite Queen Street Station (which is benefiting from a £120 million redevelopment).

The high traffic location provided Bloc Hotels with the perfect opportunity to use the property itself as a marketing billboard to advertise the future hotel and tell the Bloc Hotels story whilst enhancing the streetscape during internal works. Embrace were invited to provide an impactful, flexible and cost-effective solution.

THE SOLUTION Embrace proposed a cost-effective bracket/eye bolt wire frame system with 265 m2 printed PVC banner to meet the client’s needs. This style of banner system does not require scaffolding and after the frame is installed the message can easily be refreshed by changing the banner design. New banners can be installed on the wire frame simply.

Wire frame system building wraps comprise of anti-corrosive and anti-rust anchor mechanisms installed into the fabric of the property. Holes were drilled so that screw thread sleeves could be inserted into the void and chemically fixed into position. Then heavy duty wire was threaded through the eyebolts that screw into the sleeves and tensioned to create a frame. Finally the banner was attached to the wire frame with exposed elasticated bungee ties.

A unique challenge on site was the positioning of a pre-existing street lamp that could not be moved. With meticulously planning we accommodated this, creating a void with pinpoint accuracy that enabled the light to stay in place and actually illuminate and enhance the text in the creative.

On client approval we had completed the site survey and drill tests within two days and had printed and installed the banner the following week. Bloc Hotels are now promoting the new hotel through this striking banner with their ‘Sleep well. Stay curious.’ message in the vibrant part of the city.