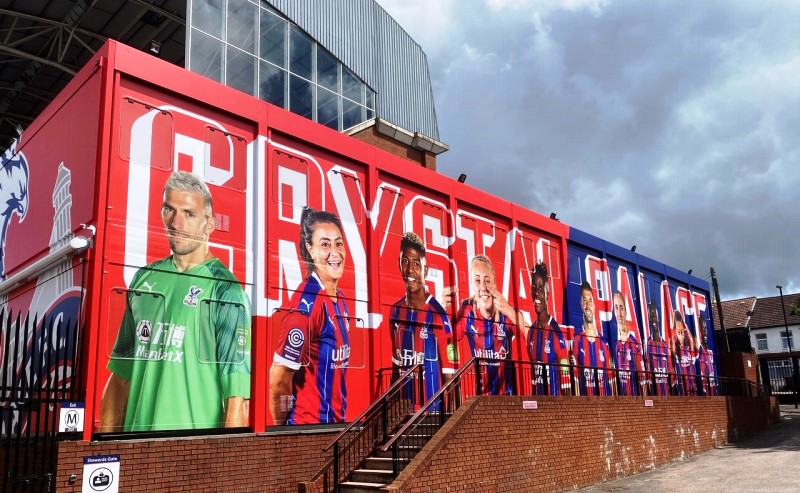 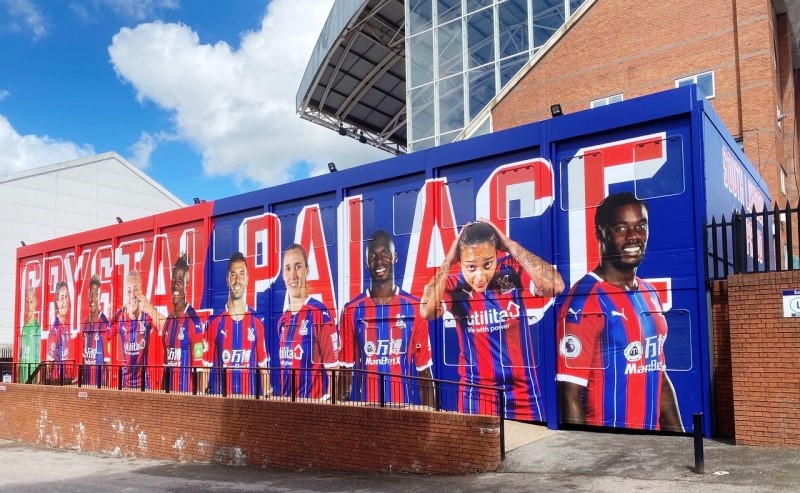 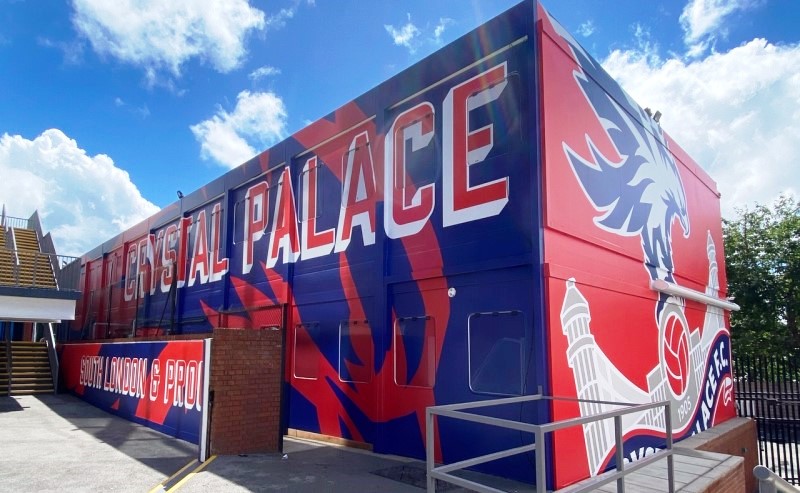 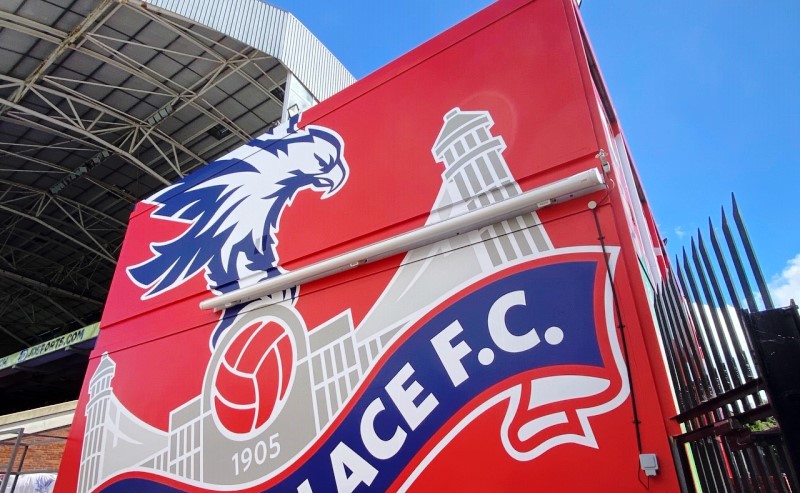 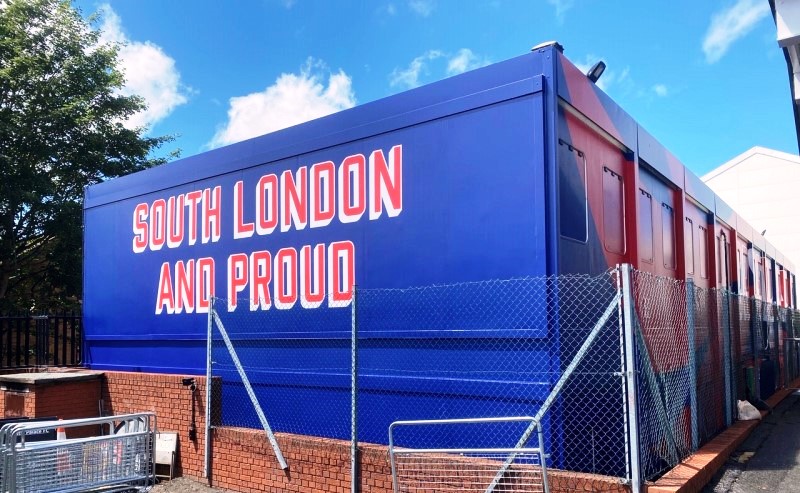 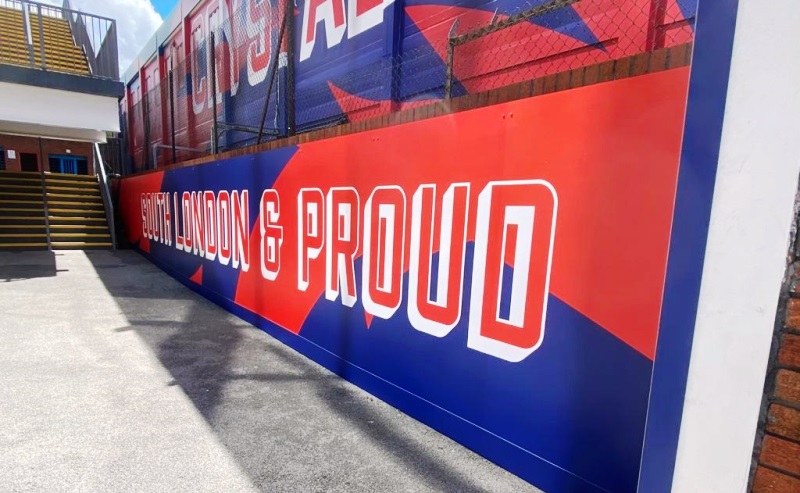 THE DEVELOPMENT Selhurst Park has been the home ground of Crystal Palace Football Club since 1924. A modular cabin is located adjacent to one of the stands on the grounds.

THE BRIEF By using an appropriate style of building wrap the unsightly cabin could be disguised and transformed from an eyesore to a stunning, high impact display of the Crystal F.C. brand and players to excite and impress visiting fans and supporters.

THE SOLUTION Unfortunately the modular cabin did not have a straightforward flush surface creating a requirement to accommodate various obstructions including multiple windows, doors, reveals, offset verticals & wires.

The Embrace solution comprised of a self-adhesive (SAV) vinyl wrap measuring 6.3 metres tall and 80 metres long in total across the four sides – a giant 500 m2 in total. Additionally one-way Contravision® film would be use on all glazed elements to seamlessly extend the design from the outside without causing any problems internally for users of the cabin.

Working to very short deadlines we surveyed the site and then produced CAD drawings before digitally printing all required elements.

Before installation was possible a lot of cleaning and preparation was required due to the aged cabin structure with engrained dirt and grime alongside rusty metal sections from years of exposure to the elements.

A combination of techniques was used for the installation including a mix of temporary access scaffolding, cherry pickers & step ladders due to each side having a unique set of access challenges.

The end result is a complete makeover transformation – a totally unrecognisable and striking visual feature on the club grounds. The vibrant creative features the club emblem and images of team players, along with the ‘South London and Proud’ mantra.

With just six days to install the wrap the entire project was delivered in record speed working in punishing conditions on one of the hottest June days on record. The project was also delivered to budget as is always guaranteed by Embrace following the site survey.