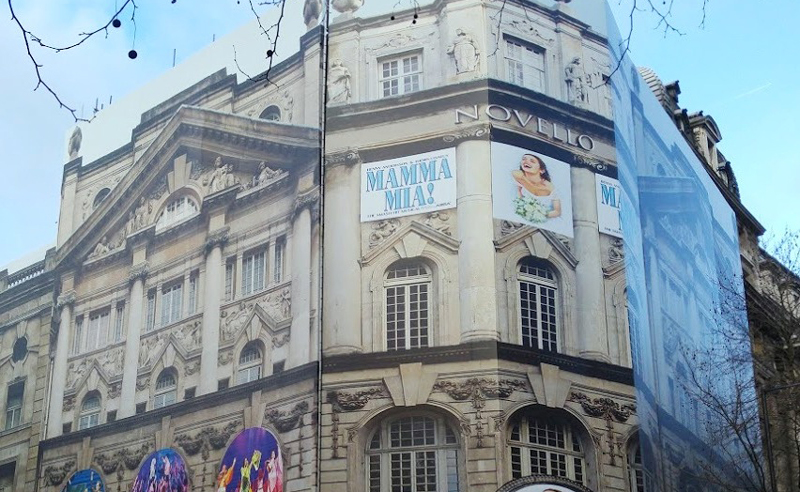 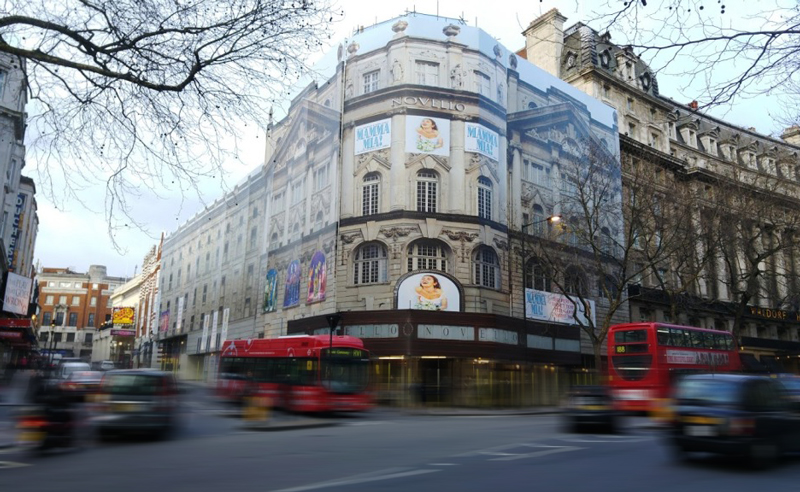 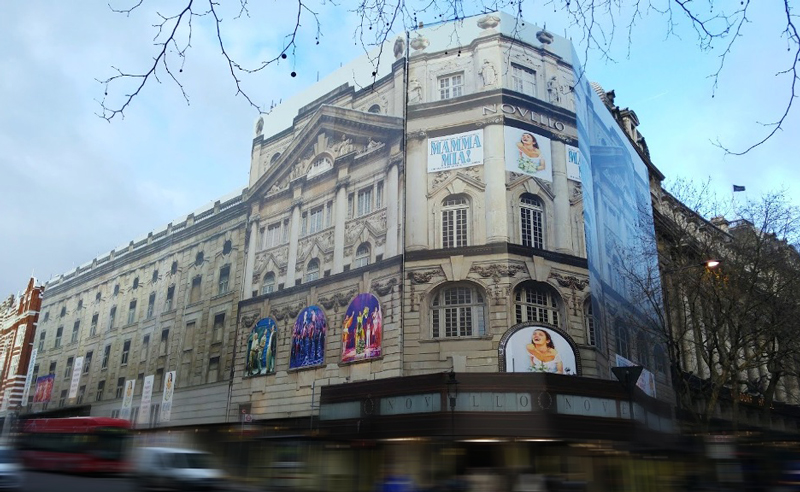 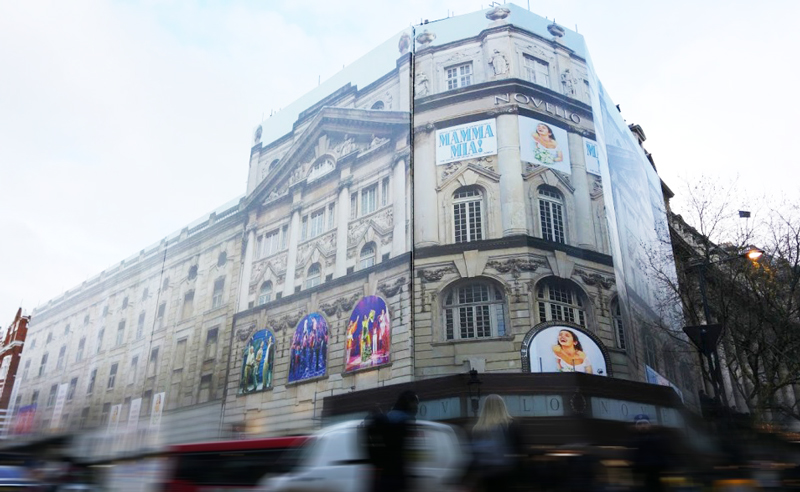 THE DEVELOPMENT The Novello Theatre in London is an Edwardian theatre located a stone’s throw from the Strand at the corner of Aldwych and Catherine Street WC2. The theatre was originally opened in 1905 and has also been known as the Waldorf Theatre, Whitney Theatre and the Strand Theatre over the years. The theatre has been home to the hit musical MAMMA MIA! since September 2013. The theatre is one of eight theatres in London operated by Delfont Mackintosh Theatres and the works which would require the construction of scaffolding to the theatre’s exterior were recently undertaken in conjunction with Kilker Projects, specialists in interior refurbishments for clients such as The Berkeley, Claridges and The Hilton Group.

THE BRIEF We were appointed to work with Kilker Projects and Delfont Mackintosh Theatres to disguise the refurbishment and ensure the theatre maintained its strong visual impact whilst the works were taking place. As with any historic building, particularly in London’s ‘theatre land’, minimising disruption is essential to both ensure that people know that the theatre remains open and also to ensure that visitors have an amazing experience during their evening out.

THE SOLUTION Embrace Building Wraps were on hand to deliver a stunning solution to hide the scaffold. We digitally printed a giant 1,450 m2 PVC banner in four separate panels that were then seamlessly joined during installation to give the appearance of a single banner which covered the full frontage of the theatre across three adjoining aspects and in void above the foyer.

The design was built around a ‘one-to-one’ image of the theatre’s façade. The banners were secured to our four distinct extended frames that would enable us to match the theatre’s frontage and give the optical illusion that the building was simply ‘business as usual’, disguising the scaffolding totally and providing a vista that appeared to be the theatre without any works taking place. Spot lights were then also used to highlight the theatre and the MAMMA MIA! production taking place, ensuring that any disruption to bookings was minimised and to give that final West End look!