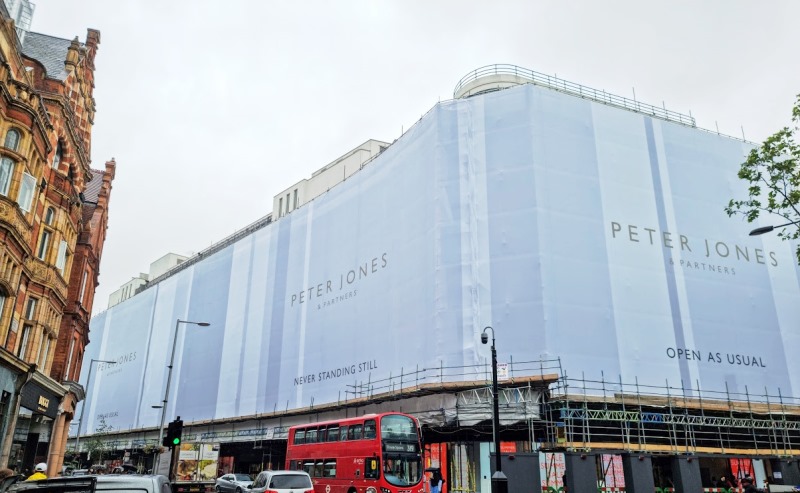 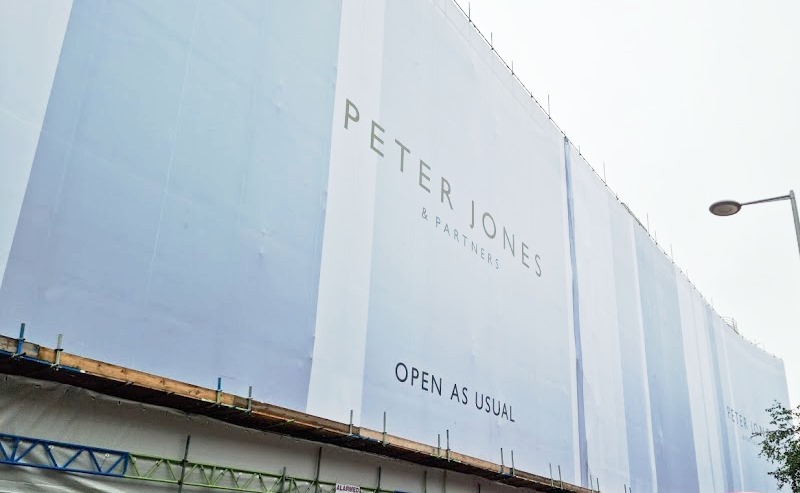 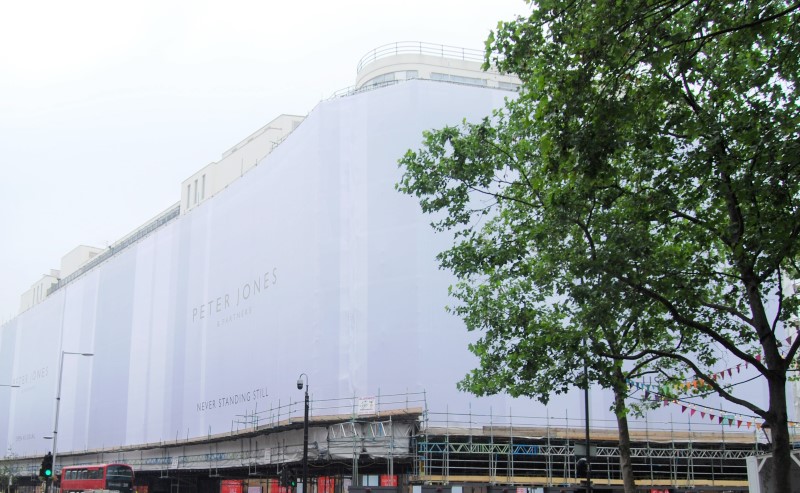 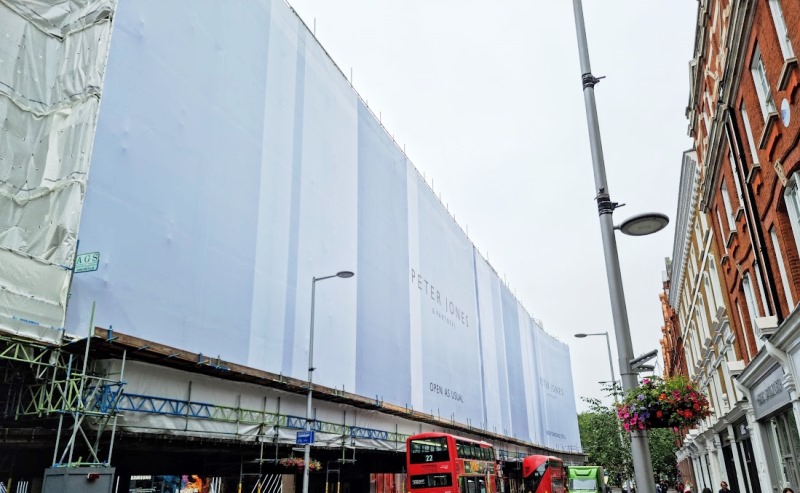 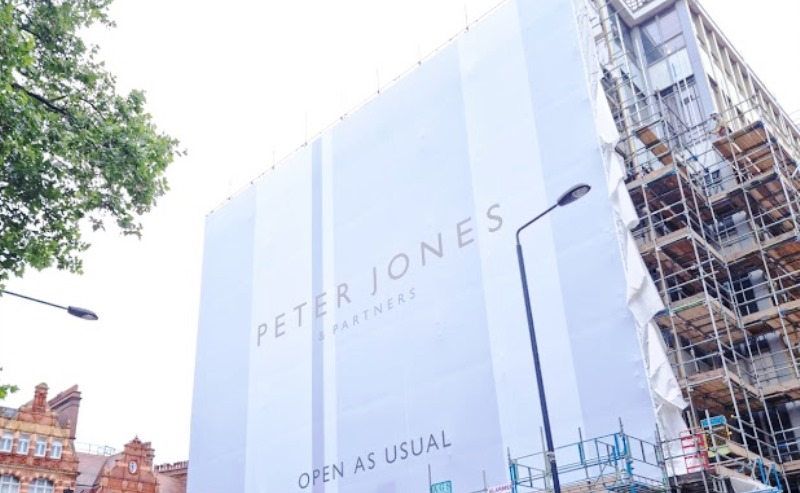 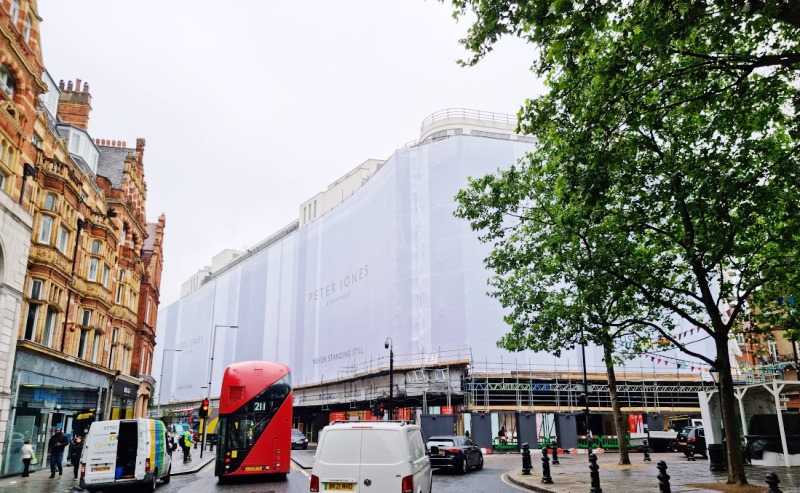 THE DEVELOPMENT The landmark Peter Jones & Partners department store is located in Sloane Square in London. The store – part of the John Lewis Parntership – is undergoing a major refurbishment to the external building façade.

THE BRIEF During the exterior refurbishment works the store is still trading normally. The Embrace team were invited to wrap the exterior access scaffold. The design would reinforce the store branding and advertise that the legendary retailer is still open as usual.

As there are three main scaffolding sections spreading across the Sloane Square and Kings Road elevations which will all be erected and dismantled at different times our client wanted the flexibility for the printed scaffolding banner to do the same. Each section would need to be in situ individually or seamlessly linked together based on the scaffold requirements at a given point in time.

THE SOLUTION As the three sections were not handed over to Embrace simultaneously the two sections on the extremes had to be wrapped first. With meticulous planning and the technical excellence of our operational teams we were able to subsequently join the three digitally printed mesh PVC banner sections seamlessly once the central access scaffold was completed, sandwiched between the previously installed banners on either side.

Where the three wraps connect we used strips of industrial grade white Velcro and a discrete access flap to hide the side fixings giving an invisible seam, so that the installation looks like one giant 2,268 m2 wrap. We also used white bungee ties and webbing around the perimeters to complement the design.

To ensure the wrap looked phenomenal we utilised our Face Fixed Plus+ system. Working closely with the scaffolding specialist we knew that the main face of the scaffold was going to be completely flush and covered by a layer of Monarflex, so we added extra layers of protection on the protruding bracings. Extending at the top and bottom line of the scaffold we installed sets of supporting rails that allow the wrap to be slightly offset forming an end-to-end flat surface. In addition, this allowed us to tension away from the face of the main access scaffold with rear ties to the back.

This unique project was delivered on time and to budget by the Embrace team, transforming the area during the external works and protecting the store trading.