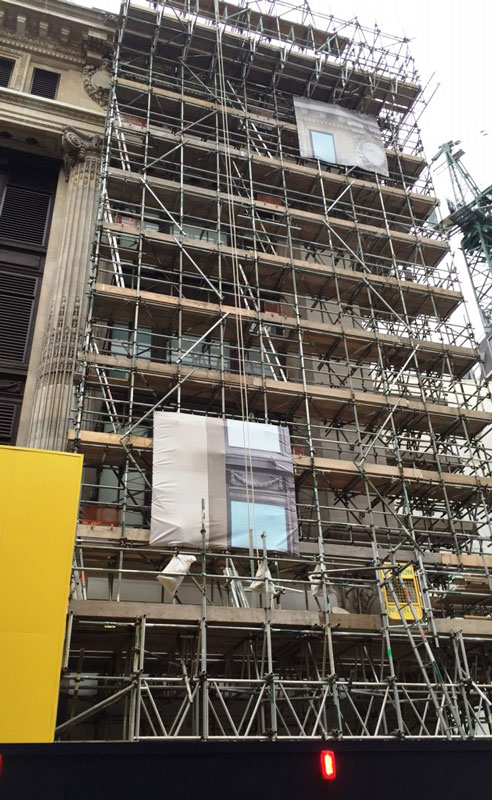 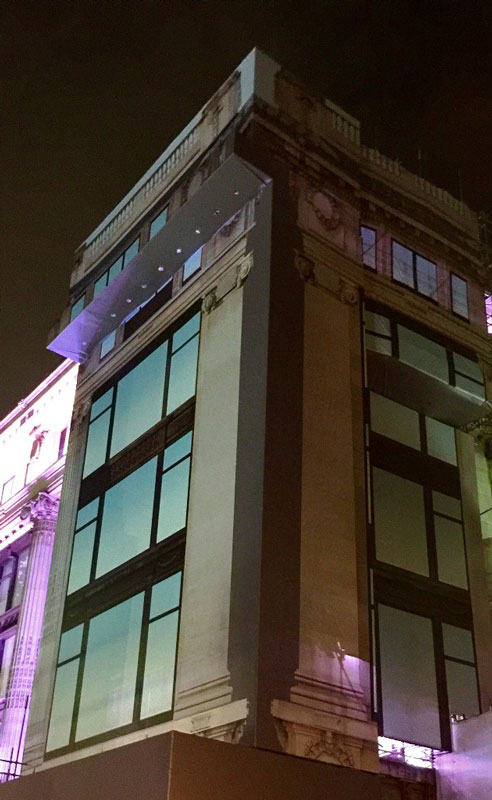 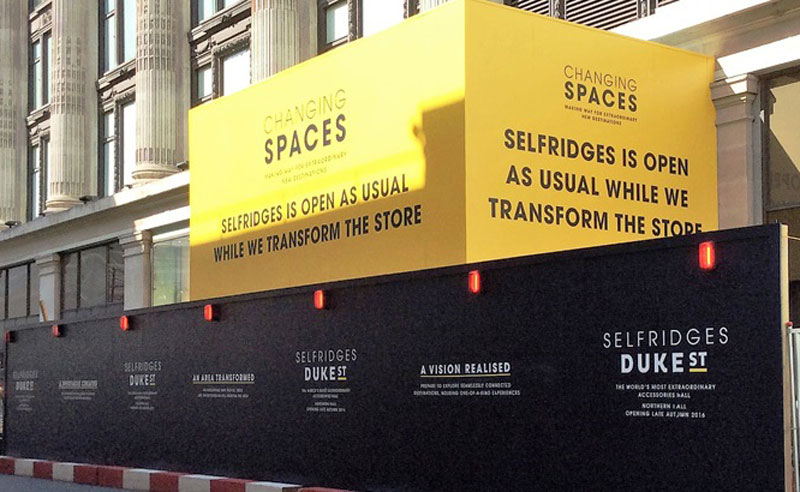 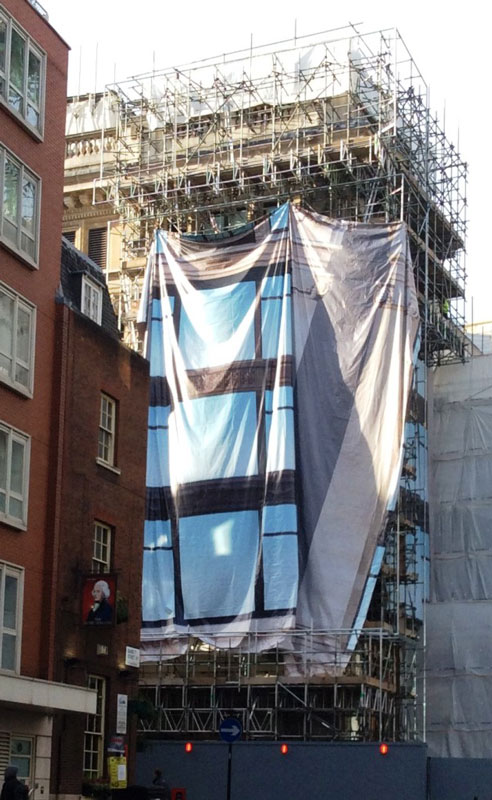 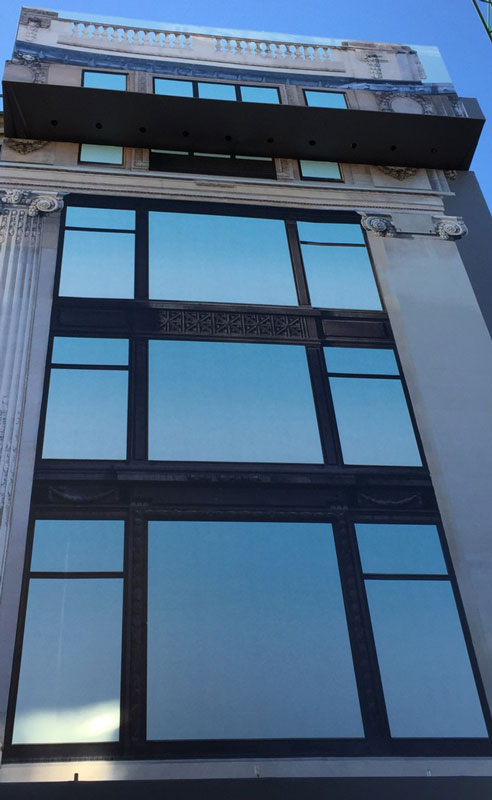 THE DEVELOPMENT Selfridges are undertaking major refurbishment works at the flagship store in London. The works include the renovation and refurbishment of some of the halls and glazing and as such scaffolding has been erected on the junction of Duke Street and Somerset Street.

THE BRIEF As Embrace had previously provided DIBOND® cladding works for a temporary means of escape for the store earlier in the summer, Selfridges were already aware of the quality of our service. Embrace were appointed to cover the scaffolding and disguise the works to minimise disruption during the critical trading period for Selfridges.

THE SOLUTION Embrace provided the perfect solution for Selfridges by designing a giant dual aspect banner with a stunning one-to-one scale image of the building behind the scaffolding in its normal, ‘business as usual’ condition. The design was produced by Embrace to trick the eye into believing you are simply look at the building without even knowing that the works are taking place. Our design team took two sets of images that we captured on site and merged them to create the final artwork which would then be applied to sections of the north and east facing elevations of the building.

Small scale PVC test sections were produced and installed for client approval prior to the main installation. Despite winter weather and a number of tricky operational challenges to overcome in order to erect our frames and ensure the artwork accommodated awkward ladder beams we over-delivered on our client’s expectations once again. To overcome the complex shape of the buildings facia and the corner wrap the final banner is actually comprised of five separate sections that have then been seamlessly connected to give the final effect. The total banner coverage measures over 500 square metres.

Projects of this significance don’t just happen overnight and we have been working up to this since May 2015! However, from the time the scaffolding was handed over to us we were able to install our bespoke frames, print and install in advance of the launch date in a short window of just three weeks. Embrace provided a full and comprehensive project management service for Sefridges – from initial inception to design, mock ups & design approval, material testing, printing and final installation. The one stop shop – delivering on time and on budget.